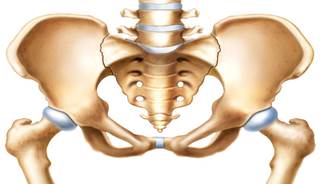 The use of ADHD medications for treating attention-deficit/hyperactivity disorder (ADHD) in children appears to be associated with bone loss, according to new research. The data was presented at a recent endocrinology conference by a professor in paediatrics and a paediatric endocrinologist.

The analysis of data from the 2005–2010 National Health and Nutrition Examination Survey (NHANES) were presented at ENDO 2016 by Alexis Jamie Feuer, assistant professor of pediatrics and a pediatric endocrinologist at Weill Cornell School of Medicine, New York. The study participants included a total of 6489 NHANES individuals aged 8 to 20 years, of whom 159 were receiving stimulants (primarily amphetamines or amphetamine analogs) for ADHD. After adjustment for confounders, those using the medications had a total 3.9% lower bone density at the lumbar spine and 3.7% lower bone density at the femoral neck compared with nonusers.

“These findings indicate that bone health may be a serious concern for kids and teens using stimulants. We know that failure to attain appropriate bone density by young adulthood puts an individual at increased lifetime risk of fractures and osteoporosis,” Dr Feuer said during a press briefing.

Based on the results, “I firmly believe that, moving forward, clinicians caring for children taking stimulants should immediately begin screening them for bone health. Fortunately, a child’s bone health can be comprehensively screened through careful monitoring of their linear growth and weight gain and ensuring these children receive adequate weight-bearing exercise and have sufficient vitamin D levels.” [Unfortunately in Australia, vitamin D testing is no longer covered by Medicare and cannot be bulk billed. How many paediatricians and GPs have checked their paediatric patients for vitamin D?]

Among the children studied,

This is one of the first studies to examine the effect of amphetamines and related compounds on bone mass. The recommendations from this study are:

This is yet another risk factor that needs to be considered and doctors need to make parents/patients aware that there are long-term adverse effects in using these stimulant medications. There are better options for treating children diagnosed with ADHD. Before reaching for a prescription for ADHD medication, it would make sense to address other contributing factors like diet, heavy metals, sleep, environmental toxins or nutritional deficiencies.