This article was originally published in The Sydney Morning Herald. It has been edited for this edition of the newsletter. 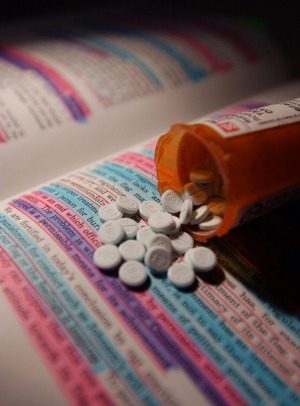 Drugs such as Ritalin make no difference to the long-term outcomes of children with Attention Deficit Hyperactivity Disorder, who continue to struggle academically and mentally as they get older, early research findings suggest.

The Murdoch Children’s Research Institute located at the Royal Children’s Hospital in Melbourne, has been following 178 children with ADHD and 212 children without ADHD for three years to identify what factors make a difference to the development of children with the disorder.

By the age of seven there are severe academic, social and mental health differences between children with ADHD and their peers, the Children’s Attention Project, which is funded by the National Health and Medical Research Council, found. Three years on, these disparities persist, preliminary findings suggest.

Four times as many 10-year-olds with ADHD suffer from mental health problems such as anxiety and oppositional disorder. They are also well behind their peers in their maths and reading abilities. There was no difference in outcomes between boys and girls.

“All of them continue to be substantially at risk of academic and mental health problems as they had been at seven,” one of the chief investigators of the project, paediatrician Daryl Efron said.

The 13 per cent of children in the study who were taking medication such as Ritalin to treat their ADHD were doing no better or worse than their unmedicated peers at age 10. “Medication doesn’t alter the long-term outcomes of kids [with ADHD],” Dr Efron said. Drugs like Ritalin were very effective in reducing the day-to-day symptoms of ADHD “but we haven’t progressed very much beyond that”.

“Medication is fantastic for treating the symptoms of ADHD . . . helping kids be calmer and focus better. It doesn’t surprise me that so far we haven’t shown medication makes a difference to kids doing better into the future.”

Dr Efron said doctors need to find out what combination of support and intervention does make a difference long-term. He suggested it could involve medication, parent support and remedial strategies.

It is estimated that 5 per cent of children have ADHD, although not all are diagnosed. Children with ADHD are at greater risk of poor outcomes in adolescence and adulthood, including mental health issues like anxiety, learning difficulties and getting in trouble with the law.

Dr Efron said that the mean age of being diagnosed with ADHD is nine years, and 80 per cent of children with ADHD who are seeing a paediatrician are on medication.

One mother, Paula Burgess has found that occupational therapy and the family’s new dog have made the most difference to her seven-year-old son, Jesse, who has ADHD. Jesse will ask his mum to rock him on the yoga ball when he feels his symptoms escalating.

“He’ll say ‘Mummy I’m not feeling right, can you rock me please’ and then he’ll come straight down,” Ms Burgess said. Meanwhile, the presence of border collie River is helping reduce Jesse’s anxiety.

It’s been a far more positive experience than the disastrous six weeks Jesse spent on Ritalin. While his teachers noticed an improvement, Jesse’s anxiety spiralled, and he would lash out at his mother when he got home from school, kicking and punching her.

“We want to make sure he can get through school, but not at the price of the imbalance it caused in his body, and the tension it caused between us,” Ms Burgess said.

“With ADHD you can have a false sense of security, you can think it’s going really well, then everything goes crap and it’s almost like starting again.”

For more information and research on ADHD, visit my ADHD webpage.