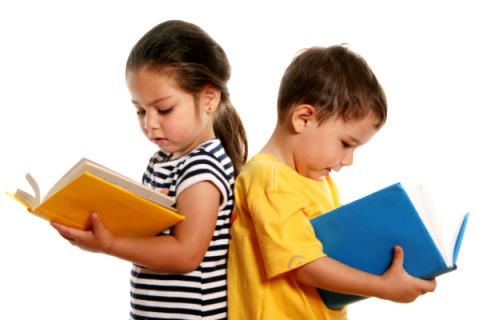 Recent reviews have concluded that omega-3 or omega3/6 supplements have shown benefit in children with ADHD. However, mixed study designs, study populations, supplement compositions, and doses in these trials, makes comparison of the data difficult. The main omega 3 fatty acids in fish oils are eicosapentaenoic acid (EPA) and docosahexaenoic acid (DHA). Many trials have used mixtures with varying proportions of EPA and DHA, and some have used pure EPA or DHA. Regardless, significantly greater improvements in reading, spelling, cognitive measures, and ADHD related symptoms are reported in published studies. But not all studies have shown good outcome measures. Review of published studies suggest that higher EPA-DHA ratios yield better results on AHD symptoms.

The current study was, designed to examine effects in mainstream school children of a supplement with a relatively high EPA/DHA ratio, in doses previously shown to be effective for inattention and reading difficulties. There were two objectives:

The participants were Swedish mainstream school children in the third school year (aged 9–10 years). In total 154 children were enrolled in the trial. There were 2 study periods.

The children were assessed via a computer-based test (known as the Logos test) that measured their reading skills in a variety of ways, including reading speed, ability to read nonsense words and vocabulary.

Although no children diagnosed with ADHD were included in the study, but with the help of the children’s parents, the researchers could identify children who had milder attention problems. These children attained even greater improvements in several tests, including faster reading already after three months of receiving fatty acid supplements. This subgroup difference suggests that children with attention problems may have a greater potential for improvement in their reading abilities with Omega 3/6 fatty acids.

“The results of our trial suggest that treatment effects of Omega 3/6 on reading may be found more generally in mainstream school children, and they support previous studies in that children with attention problems may have stronger treatment benefits.”

It should be noted that this study looked at random school aged children without special needs. Since positive results have been noted with supplementation of polyunsaturated fatty acids in this group, it only makes more sense to provide children with special needs, that are even more prone to restricted eating habits, with a high-quality omega-3 supplement. Having said that, below is an Australian study that looked at just that.

A South Australian study in 2012, examined the effects of the omega-3 fatty acids EPA and DHA versus omega-6-rich safflower oil (control) on literacy and behaviour in children with attention-deficit/ hyperactivity disorder (ADHD). Interestingly in this study, the researchers decided to supplement at least 1g/day of omega-3, as compliance in children is variable.

After four months of supplementation, the researchers found that increasing the proportion of DHA in the red cell fatty acid profile of children, improved reading and reduced parent ratings of oppositional behaviour.

The effects were more evident in a subgroup of children with learning difficulties. These children showed improved spelling and ability to divide attention. Their parents reported reduced hyperactivity and restlessness.

This is pretty amazing stuff! Bear in mind that this research is already 5 years old. Why don’t parents know about this? Why aren’t paediatricians recommending this as an option prior to writing a script for medication? Unless this information is shared – it is forgotten. Share it widely!

The Importance of Polyunsaturated Fatty Acids for Optimal Brain Function

Polyunsaturated fatty acids like omega-3, for learning and memory in children, has been the focus of considerable ongoing research. The Western diet contains relatively little omega-3 particularly in children’s diets and even more so in “picky eaters”.

Why would this be an issue?

Omega 3 fatty acids are essential components in the makeup of the brain and have to be provided in the diet since they cannot be produced in the body. The cell membranes in the brain are composed of these polyunsaturated fatty acids. One of these polyunsaturated fatty acids, docosahexaenoic acid (DHA), is present in high amounts in the brain, and has been recognised as an essential nutrient for proper brain development and function. It has been reported that early dietary supply of DHA improves later cognitive development in human infants. There is a huge amount of research in animal models that clearly show benefits in memory related learning ability. As well as improvements in brain structure, growth of neurones and synaptic function. These studies clearly show that fatty acids are important for signal transmission between nerve cells and the regulation of signaling systems in the brain. This in turn plays an important role in attention processing and learning.

But wait, before you rush out for a fish oil supplement for your child!

I do need to make a final comment on the quality of fish oil and other supplements on the market. As in any study using omega-3 supplements, no mention is ever made of the quality of the supplement used. Has the supplement been independently checked to verify that the supplement actually contains the stated EPA, DHA, gamma-linolenic acid content, or any other constituents as per the label? “Gummy bear” supplements unfortunately are just not good enough. Regardless of the constituents of the gummy bear, even the better-quality products only have 70mg content of both EPA and DHA. Compare that to 558 mg EPA and 174 mg DHA as used in the study! Compare that to 1109mg EPA and 108mg DHA or 264mg EPA and 1032mg DHA used in the South Australian study. Parents are wasting money on this confectionary. More importantly they are not getting the results that they are hoping for their children. So I commonly hear – “I tried giving a gummy fish oil supplement for my child, but we saw no improvement”. That’s right, because the research is showing that nowhere near enough was given.

This is important if you are going to give your child a supplement. You want to be sure that it is the purest available and that what the contents state on the product label, are actually in the supplement. More about the quality of fish oils supplements can be found here, where I have raised this issue previously. I only supply fish oil supplements where the manufacturer can show me the data that their product has been thoroughly tested for purity, and the contents have been verified to contain what is claimed on the label, preferably by an independent laboratory. So my patients do see improvements in their children.