The following article is available in full on the Great Plains Laboratory website. It was written by James Greenblatt, Chief Medical Officer and Vice President of Medical Services at Walden Behavioral Care. Here we present a shortened version of the full article. 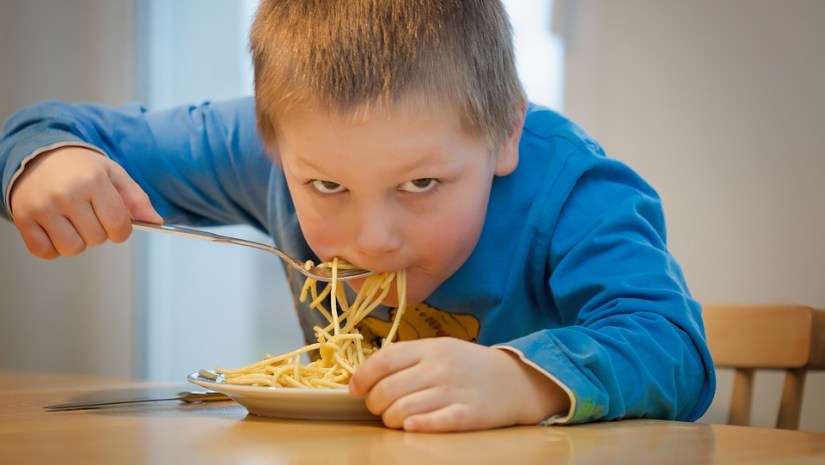 This article discusses how diet can influence behavioral problems in children. Malnutrition in childhood can also affect the brain well into adolescence and adulthood.

One of the most debated treatments for ADHD is the Feingold Diet, introduced in the early 1970’s by pediatrician and allergist Ben Feingold, MD. He initially suggested that children who are allergic to aspirin (which contains salicylates) may react to artificial food colors and naturally occurring salicylates. The Feingold Diet eliminates artificial food additives like flavorings, preservatives, sweeteners, and colors to reduce hyperactivity. The research over the years on the Feingold Diet has been mixed – some studies show no behavior change and some show increases in hyperactivity when children consume artificial ingredients. A landmark study conducted in the UK on three hundred 3-year-old and 8/9-year-old children in the general population found artficial colors or a sodium benzoate preservative (or both) in the diet resulted in increased hyperactivity.

Genetics often plays a role in how a child’s ADHD symptoms are exacerbated. The children most likely to be affected by food additives have a genetic inability to metabolize these compounds. Genetic tests were conducted on the 300 UK children from the artificial food color study. Children with specific variations in the HNMT gene, which helps break down histamine in the body, had stronger behavioral reactions to artificial food colors than children without this variation. This means that in some children, food additives spur the release of histamine that in turn affect the brain.

The Barbados Nutrition Study was a longitudinal case-control study that began in the late 1960’s and investigated the physical, mental, and behavioral developmental effects of infant malnutrition. The 204 participants of this study experienced a single episode of moderate to severe malnutrition during their first year of life. Data was collected on these children through adulthood and compared to data from healthy children. By the end of puberty, all children completely caught up in their physical growth. However, cognitive and behavioral issues persisted into adulthood.

Multiple connections have been made between sugar, hyperactivity, and the risk for ADHD. In a group of almost 400 school-age children, researchers found that children with the greatest ‘sweet’ dietary pattern had almost four times greater odds of having ADHD compared to those who ate sweets (ice cream, refined grains, sweet desserts, sugar, and soft drinks) less often (Azadbakht & Esmaillzadeh, 2012). In a similar study on 1,800 adolescents, having a Western dietary pattern (higher intakes of total fat, saturated fat, refined sugars, and sodium) more than doubled the odds of an ADHD diagnosis (Howard et al., 2011). Likewise, a study on 986 children, average age 9 years, found a high intake of sweetened desserts (ice cream, cake, soda) was significantly associated with worse inattention, hyperactivity-impulsivity, aggression, delinquency, and externalizing problems. In contrast, a high-protein diet was associated with better scores on these measures. A high level of sweetened dessert consumption was also associated with lower scores on tests of listening, thinking, reading, writing, spelling, and math (Park et al., 2012).

A food sensitivity to a protein found in milk or a protein found in wheat is a prevalent but neglected cause of ADHD. Milk and milk products like cheese and butter contain a protein called casein. Casein is different from lactose which is a milk sugar. Grains like wheat, rye, and barley contain a protein called gluten. During digestion, casein becomes casomorphin and gluten becomes gliadorphin. For most people, these proteins are further broken down into basic amino acids. For some with ADHD, they have inactive dipeptidyl peptidase IV, a zinc-dependent enzyme that breaks down both casein and gluten, leaving these opioid peptides substances to build up.

We are biochemically unique and have different physiological and psychological responses to different foods. The right food for one child may the wrong food for another. For instance, peanut butter on whole wheat toast may be a nutritionally-balanced, energy-boosting snack for one child, while this snack would be harmful to a child who cannot tolerate neither nuts nor wheat.