This article was originally published in Spectrum News. It has been modified in length. Readers are encouraged to read the complete article.

Many people on the spectrum take multiple medications — which can lead to serious side effects and may not even be effective.

“Psychotropic medications are used pretty extensively in people with autism because there aren’t a lot of treatments available,” says Lisa Croen, director of the Autism Research Program at Kaiser Permanente in Oakland, California. “Is heavy drug use bad? That’s the question. We don’t know; it hasn’t been studied.”

Sometimes, a second drug is prescribed to treat the side effects of the first. More often, doctors prescribe drugs for each individual symptom — stimulants for focus, selective serotonin reuptake inhibitors (SSRIs) for depression, antipsychotics for aggression and so on. (Children with autism who have epilepsy also typically take anticonvulsants. But because those drugs are effective and easy to assess, they’re usually not seen as part of the polypharmacy problem.)

Other times, due to moves or changes in coverage or just a lack of rapport, people on the spectrum end up seeing multiple doctors, all of whom have their own ideas about treatment and may add a new drug without removing another.

The reason for this confusion: No existing medication treats the underlying condition.

The core characteristics of autism include repetitive behaviors, difficulty with social interactions and trouble communicating. Therapy can help, but no medication so far can improve these problems. Instead, drugs merely treat some of the peripheral features — ADHD, irritability, anxiety, aggression, self-injury — that make life challenging for people with autism.

This practice can put people on a drug cocktail that may not be effective or appropriate. Each clinician must make their own best guess about what works and is safe, because there’s simply not yet enough research. “We have so few studies that have looked at single drugs, and so few studies that have even directly compared single drugs,” says Bryan King, vice chair of child and adolescent psychiatry at the University of California, San Francisco. “There’s such a long path to go down before we get to a point where we see these specific combinations studied.”

“Is heavy drug use bad? That’s the question. We don’t know; it hasn’t been studied.” Lisa Croen

The U.S. Food and Drug Administration has approved only two drugs for children and adolescents with autism: risperidone and aripiprazole (Abilify), both atypical antipsychotics prescribed for behaviors associated with irritability, such as aggression, tantrums and self-harm. The drugs help ease these behaviors about 30 to 50 percent of the time, but leave others untouched. And that’s a major gap. Psychiatric problems are common in children with autism. According to a 2010 study, more than 80 percent of children with autism at a psychiatric healthcare center also had ADHD, 61 percent had at least two anxiety disorders, and 56 percent had major depression.

Multiple diagnoses lead to drug cocktails, but no clinical trials have tested combinations of the most commonly used medications, so potential drug-drug interactions are unknown. “Every drug has side effects, and when you start to mix them together you’re looking at something that’s not been studied,” King says. “And in autism, where you might have communication impairments, it’s even more worrisome because people are less likely to be able to tell you that your medicines are making them feel sick.”

Beyond that, say researchers, is the fact that the medicines may not even work.

“Many studies have looked at the use of ADHD meds to treat ADHD symptoms in people with autism. The same can be said for obsessive-compulsive disorder and repetitive behaviors,” says Daniel Coury, a developmental pediatrician at Nationwide Children’s Hospital in Columbus, Ohio. “And with virtually all of these, we find that they don’t work as well as they do in people who don’t have autism.”

That research, too, is relatively sparse and is composed mostly of uncontrolled studies. One 2013 meta-analysis concluded that most studies of psychiatric drugs for autism features are either too small or don’t have the right design to determine whether the drugs are effective. The research that does exist, the researchers wrote in that study, “is only suggestive, and awaits true assessment in properly controlled studies.”

Symptoms of depression, obsessive-compulsive disorder, ADHD and other conditions in people with autism seem similar to those that people without autism may experience. But because the underlying cause is different, the biochemistry may be different overall — and also highly variable from person to person.

“That is a big problem for any treatment in autism,” Siegel says. With so many genetic variations underlying autism, each individual’s situation is different, so any treatment needs to be tailored to that individual. Depending on the drug, as little as 20 percent of people may benefit from a drug, even within the ideal conditions of a clinical study. In this milieu, aripiprazole and risperidone stand out because they work up to 50 percent of the time; “50 percent is like a homerun,” Siegel says.

Paradoxically, another reason children and adults with autism may take multiple drugs is because doctors prescribe a second medication to mitigate side effects from the first. Antipsychotics, for instance, can cause weight gain and metabolic problems, or even involuntary twitching. Some doctors add metformin to address the weight gain, or benztropine (Cogentin) to ease the jerky movements.

But each additional prescription comes with its own potential side effects. Metformin can cause muscle pain and, less commonly, anxiety and nervousness; benztropine can lead to confusion and memory problems. Doctors less experienced in treating autism might misinterpret these drug effects as new symptoms, and be tempted to medicate them in turn. The great majority of psychotropics are prescribed by primary care doctors who have little or no experience with autism, says Siegel. “If people don’t know what they’re doing, you might imagine that kids are more likely to end up on multiple medications.”

Prescription numbers can balloon as children pass through adolescence and into adulthood.

“People get on the medications and tend to stay on [them] for long periods of time without ever really attempting to determine whether it’s still needed,” says David Posey, a psychiatrist in Indianapolis, Indiana. The standard recommendation is to reassess drugs yearly, to evaluate whether a lower dose might work — but that can be difficult to do, he says. “Families are reluctant to take away a medication that’s been really helpful.”

Jeste says that people often arrive in her clinic with a long list of medications. But with no electronic health records or a complete medical history, she and her colleagues are left trying to guess why each medication was prescribed, what it was originally intended to do, and whether it’s helping. Then, working one drug at a time, they gradually lower the dosages.

“This is an experiment that’s going on, but it’s a completely uncontrolled experiment.” Lawrence Scahill 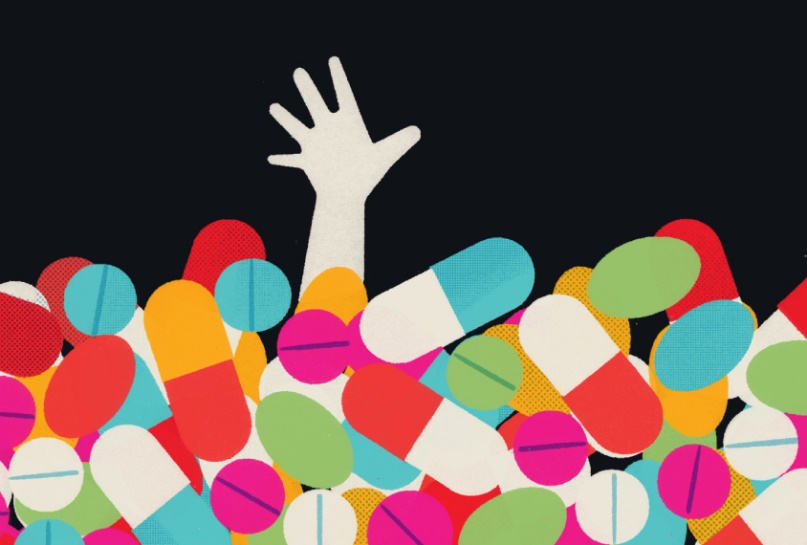 “It’s not uncommon for kids to be on more than one medication. The question is: Is it people fumbling around to try a little of this and a little of that and see if it works — or is it rational?” asks Lawrence Scahill, director of clinical trials at the Marcus Autism Center of Emory University in Atlanta, Georgia. When medication decisions are made judiciously and each one has a clear target, drug combinations can have a clear benefit. Under those circumstances, Scahill says, “I would say that there is such a thing as rational polypharmacy.”

But finding and maintaining the right treatment regimen is still up to each physician, each family, each individual. “This is an experiment that’s going on, but it’s a completely uncontrolled experiment,” Scahill says. Prescribing is still very much an art, not a science. Clear rules will be a long time coming, if they arrive at all.