Twice last year when I went out to dinner I have ordered calamari dishes. On both occasions the calamari was very tender. Other family members commented on how tender it was. Hmm! I have been on this planet longer than I would care to admit and have had calamari many times before. The medical scientist in me is thinking that something is not right here.

I remember many years ago there was pigs uterus that was processed and sold as calamari. The practice was banned. So off to my friendly fishmonger to get the inside story on calamari. Yes he has heard of rumours of it being “pig bung” (don’t click on the link if you are squeamish), and agrees that real calamari is not that tender. Question? Has it been chemically treated or worse is it fake? He also made the point that, the price you are paying for calamari in restaurants, that probably comes out of a packet, is nowhere near the price of the fresh product in fish shops.

In the 1990’s I looked forward to reading food articles in the The Weekend Australian newspaper by food writer Cherry Ripe. That’s where I read about fake calamari made from pigs’ uterus! I have kept some of the newspaper clippings. Some of the excerpts from these 1990’s newspaper clippings include:

Fast forward 25 years and unfortunately nothing much has changed. Indeed things are getting worse with our food supply. While “liquid smoke”, “glued meat”, “mechanically recovered meat” has been part of the food processing industry for years, what we are recycling and processing into “cheap” food now should concern the consumer. Manufacturers continue to use products from “mechanically separated meat” or “advanced meat recovery” and depending on the grade of meat recovered, will depend on what it is called, what it can be used for, or in what products it can be used as a “filler”.

Would you pay $50 for chicken?

Let’s look at the processed frozen chicken products in the supermarket. Chicken nuggets, chicken chips, etc, that are so popular with children. Has anyone bothered to look at the ingredients on the label? You may have looked to see if there are artificial colours on the ingredient label. But with 42% chicken meat content, what is in the remaining 58% of the product? Although some products say they contain “chicken breast fillet”, most say “breast meat”. I am suspicious that this is mechanically recovered chicken breast meat, at a grade sufficient to pass labelling laws.

The product is cheap, but what are you paying for? If I buy the most expensive organic chicken breast fillets, cut them into nugget size pieces or mince them and form them into nugget size pieces and crumb them, maximum cost $30/kg. Compare that to the processed equivalent. Only 42% of which is some type of chicken meat. The $ equivalent of actual chicken in the product is approximately $50/kg! Let’s not even start to consider the trans fats in these products. “Fish fingers” are no better for fish content and the high fat content of the product.

I know which ones I would prefer to eat and my kids prefer to eat. There is no substitute to cooking from scratch! 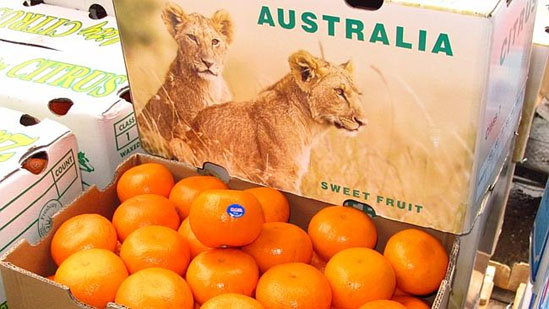 Counterfeit or sub-standard food is becoming a huge problem with products being imported and exported around the world. Australian exporters are not immune with reports of premium Australian wagyu beef, and Tasmanian cherries being replaced with inferior product somewhere along the supply chain to the consumer. It is suspicious when 100 tons of a product is harvested but 200 tonnes are sold! Howard Hansen is the managing director of Hansen Orchards, which exports fresh Tasmanian cherries into Asia. ‘Whatever happens after the product leaves the Australian shore, it’s very difficult for the government to have any influence over,’ he says. ‘They can’t stop someone in Hong Kong, China or Vietnam pulling a lid off a South American product and putting a counterfeit Tasmanian lid back on it.’

The same is true of products coming into Australia. There is fake honey coming in from Turkey, or honey that is deliberately mislabelled. Ten times more Manuka honey is sold than is being produced in NZ. Common foods we buy, you would not expect to be adulterated, olive oil, orange juice, coffee, black and white pepper, fish, and the list is quite extensive. Even simple orange juice is not immune from mislabelling. Years ago Cherry Ripe wrote that orange juice is often reconstituted from imported orange juice concentrate and pumpkin pulp is added to give it that look that it has been “freshly squeezed”.

When you think that you have seen everything, you come across an article on the internet “10 Bizarre Food Scams That Could Only Happen In China”. I hope these are urban myths, however the more one looks into counterfeit foods, you can only come to the conclusion that there is some truth behind the claims. Even salt of all things pops up as a problem “Fake Salt is Apparently a Problem in China”. I have been assured that Australian quarantine laws and inspection of imported food items is quite strict. Also Australian manufacturers are aware of the importance of their brand name and go to great lengths to check the quality of their raw ingredients. Which is reassuring, however I am concerned about processed foods coming into the country where there is no guarantee of the quality of the ingredients used in the manufacture of the product. 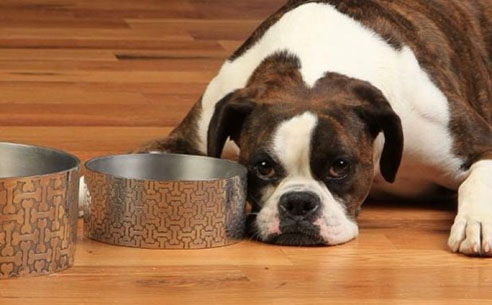 Even pet food is not immune from being manipulated. Champion Pet Foods recently announced that someone is selling counterfeit versions their pet food online. Fake pet food products have been found in the United States. The products appear to be originating from mainland China. There is a risk that these products may spread to other countries. Ordering pet food online may be cheaper, but you may inadvertently purchase a counterfeit product.

Again I am advocating cooking from scratch. This way you can be sure that what you are putting onto the family table is safe and nutritious to eat. You know (hopefully) the quality of the product as it is sourced locally; you eat seasonally as we are meant to and most important it tastes as it should.