It is well known that lead exposure poses serious health risks. Lead is still widely present in our environment and in the foods and drinks we consume. It may surprise you where it is still found and that no one is testing for it.

Low environmental lead exposure has been linked to reduced intelligence and symptoms of attention deficit hyperactivity disorder (ADHD). Boys exposed to lead seem to be at greater risk of attention problems than girls. Lead is a neurotoxin and interferes with brain development. Even low-level exposure to lead has been associated with reduced intelligence, impaired attention, and behavioural problems. Studies suggest that low levels of lead exposure may have a greater influence on hyperactivity and impulsivity than on inattention.

Any child that presents with symptoms of attention deficit disorder either with or without hyperactivity, should be screened for lead levels. This can be done either by a blood test (for recent exposure) or a Hair Tissue Mineral Analysis (HTMA) test (for past or ongoing exposure). At the MINDD forum in 2015, it was made clear to practitioners that there is no safe level of lead. Any child in which lead is detected through a HTMA test or through blood, urine or faeces, should be treated.

Having identified that there is an issue with lead exposure, the detective work begins to identify potential sources of exposure. Patients or parents often can’t think where the lead contamination may be coming from. Some sources of lead exposure may surprise you. Children are more prone to absorb lead due to their fast metabolism, tendency to mouth objects and play close to the ground. The most common cause of lead poisoning is dust and chips from old lead based paint. However, there are many non-paint sources of lead that can cause severe problems.

Homes built before 1970 probably contain lead-based paint. In Australia lead was slowly phased out from 50% pre 1965 to 0.1% in 1997. Painted toys and furniture made around the same period may also contain lead-based paint. Lead-based paint becomes a concern when it chips, turns into dust, or gets into the soil when it is sanded. These days’ lead poisoning is more likely to occur from toys. Lead paint has been described as having a sweet taste so is often appealing to children.

As an example, a young boy suffered lead poisoning after he was found to have ingested a toy necklace obtained from a vending machine. The medallions were manufactured in India and distributed throughout the U.S. An environmental laboratory obtained other medallions from vending machines and found they contained over 38% lead.

Inside the home lead dust is the most common way that people are exposed to lead. Most lead dust comes from chipping and flaking paint or when paint is scraped, sanded, or disturbed during home renovations. Chipping and peeling paint can be found on surfaces that rub or bump up against another surface. Young children, because they spend a lot of time playing on the floor are exposed to contaminated dust more than adults. Although the dust can be from residual lead paint, lead dust is also brought in via shoes from outside. Therefore, lead contaminated dust can enter even newer homes.

On 15 March 2000, the Australian Government announced a phase-out of leaded petrol in Australia. On 1 January 2002, that phase-out was completed. This is not that long ago. Lead from car exhausts mixed with soil near roads and is still there today. Homes near busy streets may have higher levels of lead in the soil. Once the soil has lead in it, wind can stir up lead dust, and blow it into homes and yards.

Lead enters drinking water primarily as a result of corrosion, or wearing away of plumbing materials containing lead in the water distribution system, and household or building plumbing. These materials include lead-based solder used to join copper pipe, brass and chrome plated brass taps. Lead based solder on drinking water pipes has been banned in Australia since 1989. Older construction may still have plumbing that has the potential to contribute lead to drinking water. 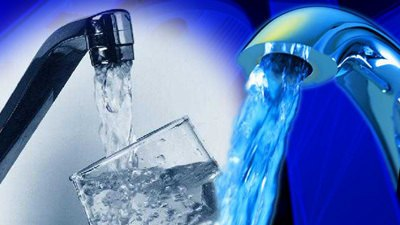 Two studies conducted in Australian states found significant levels of lead in residential tap water. In 1992 in the Sydney suburbs of Turramurra, Burwood, and Epping and in Broken Hill revealed that the lead levels in first flush tap water in many cases exceeded acceptable level. Studies conducted in Perth in 1993 on cold water from kitchen taps indicated that 5% of samples were above the acceptable lead level as defined by the National Health and Medical Research Council (NHMRC), 2% were above the limit for cadmium and 12% above the limit for copper.

In 2010 the Californian non for profit environmental group, Environmental Law Foundation, found lead in the brass water meters installed at residential properties. They were instrumental in having them banned. Additionally, they found high levels of lead in cheaper imported tapware. Unless someone is prepared to put the money in to do the testing, we cannot rely on government departments like the Environmental Protection Authority to ensure that our environment is free of toxins.

Now for the really bad news for coffee drinkers!

“A study conducted in Perth on water collected from water boilers, urns and coffee and cappuccino machines from restaurants, offices, workplaces and schools, found that 67% of the samples contained excessive levels of lead. The probable source of the contamination was brass components in contact with hot water.”

Detecting lead levels in water is done on cold water. Hot water leaches more lead out of pipes and taps than cold water. Therefore, the amount of lead in tap water may be much higher than studies have reported.

I am not aware of any testing in Australia for lead content in fruit juices. The Environmental Law Foundation in California has tested fruit juices. Their findings are concerning. The environmental group “found levels of lead in children’s juice products that far exceed state law — and in some cases also exceed federal levels for young children. The group purchased apple juice, grape juice, canned peaches and pears, and fruit cocktails — all marketed for kids — and sent them to an EPA-certified lab for testing.” Since fruit juices are imported from many different countries, we cannot be sure of the quality of the juices we are consuming.

This same group also found lead in baby foods. It defies belief that in 2013 a Californian judge made a tentative ruling that the food manufacturers implicated were not required to provide Californian consumers with health hazard warnings regarding lead in baby food, juices, and packaged fruits!

Lead can be present in outdoor and indoor air. Lead in outdoor air comes mainly from industrial sources (e.g., smelters, waste incinerators, utilities, and lead-acid battery manufacturers). Wind-blown soil and road dust also may contain naturally occurring lead. It should be noted that aviation fuel still contains lead. Therefore, houses in the vicinity of airports would be exposed to increased levels of lead.

The quality and contamination of supplements has been discussed previously in the article Supplements – Buyer beware. The FDA does confirm that there is lead in cosmetics and hair dyes, however considers levels too low to be a concern. Considering that current thinking is indicating that there are no safe levels of lead, these guidelines may be exposing individuals to significant lead contact.

Some other common sources of lead

Batteries, radiators for cars and trucks, and some colors of ink also contain lead.

There are also a number of other factors at play that determine the amount of lead that is absorbed and stored.