An observational study published in the journal of Pediatics suggests that children in families who wash their dishes by hand, rather than in a dishwasher, develop fewer allergies. The study, from the Department of Pediatrics at the University of Gothenburg in Sweden, surveyed the parents of 1,029 children aged 7-8 years who lived in two regions of Sweden.

Parents answered questions related to their children’s allergies and whether they had asthma, eczema or hay fever, and how the family washed their dishes. They were also asked how often they eat fermented or farm-fresh foods. In families where dishes were always washed by hand, children were less likely to develop eczema, asthma and hay fever. The rates of allergies were halved in those households that washed dishes by hand. 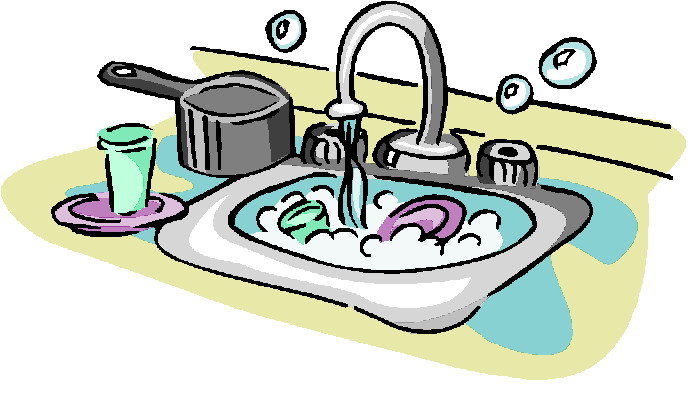 The study also found that children who ate more fermented (probiotic-rich) food such as sauerkraut and fermented cucumber or farm-fresh foods did not on their own make a significant difference in allergies. However, the children with the lowest rates of allergies in the study were those whose families both hand-washed their dishes, and ate a lot of food that was fermented and/or came directly from farms.

Forty-six percent of children that suffered from allergic diseases in families that used machine dishwashing, did not buy food directly from farms, and did not eat fermented food. Comparatively, only 19% of children from families that hand-washed dishes and practiced at least one of eating fermented foods or eating farm bought foods, experienced allergies.

The “Hygiene Hypothesis” is at it again!

Previous studies have shown that dishwashers are much more effective at removing bacteria than washing by hand. Dishwashers not only wash dishes more effectively, but heat the water to higher temperatures which kill bacteria. In effect this means that families are exposed to a smaller range of bacteria when eating from hand-washed crockery and cutlery.

These findings fall in line with growing research that’s warning that children need exposure to germs, bacteria and dirt so their immune systems get a work out. The “hygiene hypothesis” theory states that children growing up in very clean environments is detrimental to their health.

In contrast to this study, a 2011 study published in the British Mycological Society journal Fungal Biology found that 62% of tested dishwashers contained potentially pathogenic fungi on their door seals.

The authors conclude that these findings are preliminary and they’ve only pointed to an association not a cause.