This article first appeared on the Drugwatch website in September, 2015. 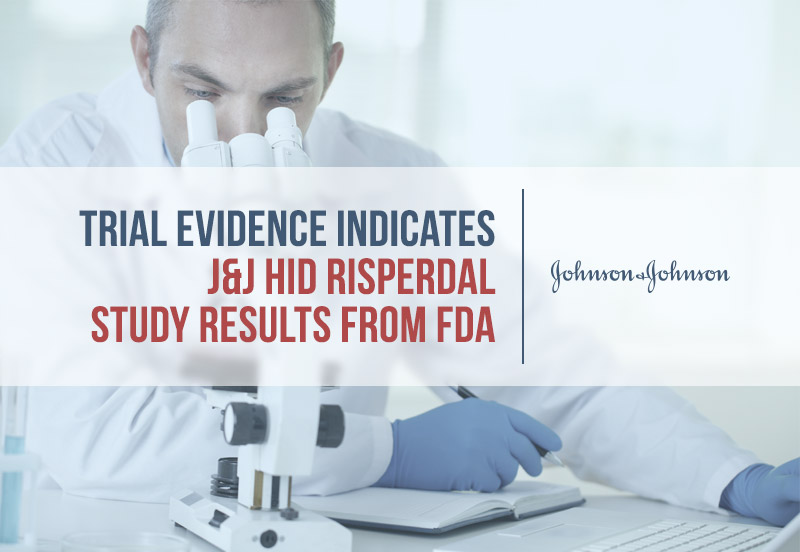 Testimony from a Johnson & Johnson (J&J) biochemist at a trial in February 2015, revealed the company hid study results that linked its antipsychotic drug Risperdal, to dangerous hormonal levels in patients, from the U.S. Food and Drug Administration.

Evidence presented at the February trial revealed a manuscript of the study that included two tables linking the drug’s use to elevated prolactin levels which can cause gynecomastia – breast development – and other side effects in boys. Those tables never made it to the published version of the study or the FDA.

Risperdal is an antipsychotic used to treat autism spectrum disorders in children and adolescents, and bipolar disorder and schizophrenia in adults and adolescents.

The trial between Austin Pledger and J&J was the first of thousands of Risperdal lawsuits to face a jury. During the trial, the plaintiff’s attorney’s produced evidence of the hidden data, and a J&J biochemist testified that the FDA never saw the data.

The 2003 study concluded prolactin levels rose and then stabilized after five months, but no correlation could be made between the prolactin levels and side effects hypothetically attributable to prolactin. However, the data in the missing tables showed that the drug was likely associated with the side effects, and the only time the drug had a positive effect on children was when there were abnormal prolactin levels in the blood.

The FDA approved Risperdal to treat autism spectrum disorders in children in 2006, three years after the Journal of Clinical Psychiatry published the now controversial study.

The drug’s current label includes a warning about the risk of gynecomastia in boys, but J&J allegedly promoted it illegally before receiving FDA approval.

In 2013, J&J settled a lawsuit brought by the U.S. Department of Justice for $2.2 billion for illegally promoting Risperdal from 1999 to 2005. The drug’s side effects were not well established in the medical community at the time.

Many antipsychotics are associated with increased prolactin levels, but a 2012 study found half of all boys taking Risperdal developed gynecomastia compared to one fifth of boys taking other drugs.

Two of the study authors, Robert Findling and Denis Daneman, acquired the original data to have it reanalysed by an independent party.

“Based on the findings, we will decide whether the paper warrants full retraction, a partial correction or whether the original findings stand,” Findling, the lead author of the study said.