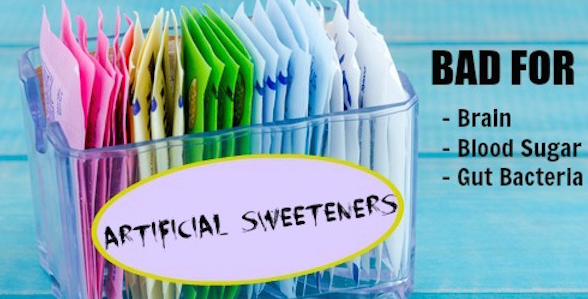 The UK have introduced a sugar tax on soft drinks in an attempt to battle the rising rates of obesity and diabetes. Australia is looking to do the same. This won’t stop the public from craving sugar. What is likely to happen is that there will be a rise in the consumption of products laden with artificial sweeteners. Artificial sweeteners are also frequently recommended to patients with prediabetes, diabetes, because they are non-caloric and don’t have an absorbable sugar. Are we setting up the population for even bigger health issues than for sugar?

There is already controversy regarding these sweeteners as most have been linked with various forms of cancer, genetic abnormalities and other chronic diseases. These studies have been done in animals and often in doses exceeding what would be consumed by humans. Several studies in the 1980s and 1990s showed artificial sweeteners were associated with heightened hunger. More recent reviews have shown a link between artificial sweetener intake and weight gain.

With this background, a recent commentary entitled Artificial Sweeteners: A Wolf in Sheep’s Clothing? By Dr David A. Johnson in Medscape drew my attention. The commentary was on some fascinating research that they had been done on artificial sweeteners, and presented at a conference at the Weizmann Institute of Science in Rehovot, Israel.

In the first series of experiments they took mice and gave them three artificial sweeteners: saccharin, sucralose (which is Splenda®), and aspartame. They compared mice that were fed these sweeteners with mice that had routine feeds containing glucose or sucrose. At the end of the 4-week experiment, there was a profound effect on the blood sugar control of the mice that were being fed the non-caloric artificial sweeteners. Saccharin had the most pronounced effect, so they did another experiment using a lower dose of saccharin, which showed the same worsening of blood sugar control in the mice.

The next question that they asked was: Was this effect related to the microbiome?

All sugars are potentially fermentable; non-caloric sugars in the gastrointestinal tract, can be utilised by the microbiome. The microbiome can convert them to products that may be fermented and produce degradation products in the process, or they may have a prebiotic effect. As a prebiotic the ingested substance may actually be toxic due to the metabolic waste products that the bacteria generate, which in turn may destroy some beneficial bacteria or may favour the growth of pathogenic bacteria, creating intestinal dysbiosis.

Next they looked at what biochemical pathways these artificial sweetener microbial by-products affected. They found a host of pathways affected:

This is the first study that I know that demonstrates how non-caloric artificial sweeteners can have a profound effect on our microbiome. The by-products of degradation/fermentation of these artificial sweeteners by the microbiome in the gut, in turn can upregulate the biochemical pathways that enhance diabetes and obesity. Although in this series of experiments the use of antibiotics reversed the effect of blood sugar intolerance in the experimental model. Antibiotic use in humans effectively wipes out large populations of the bacteria in the gut. It may take many months for the microbiome to return to normal. Unfortunately, some bacterial species never recover.

Therefore, the sugar tax will invariably lead to the higher consumption of non-caloric artificial sweeteners. Instead of decreasing the incidence of diabetes and obesity, are we in fact going to escalate the incidence of not only these conditions, but others as well? Think of the low fat diet recommendations of recent years causing an epidemic of obesity. Once you screw up your microbiome through any number of ways (antibiotics, processed foods, stress, artificial sweeteners, etc), it is a struggle to regain that healthy gut microbiome. You need that healthy microbiome not only for proper digestion and absorption, but also for your mental health and a strong immune system as well.