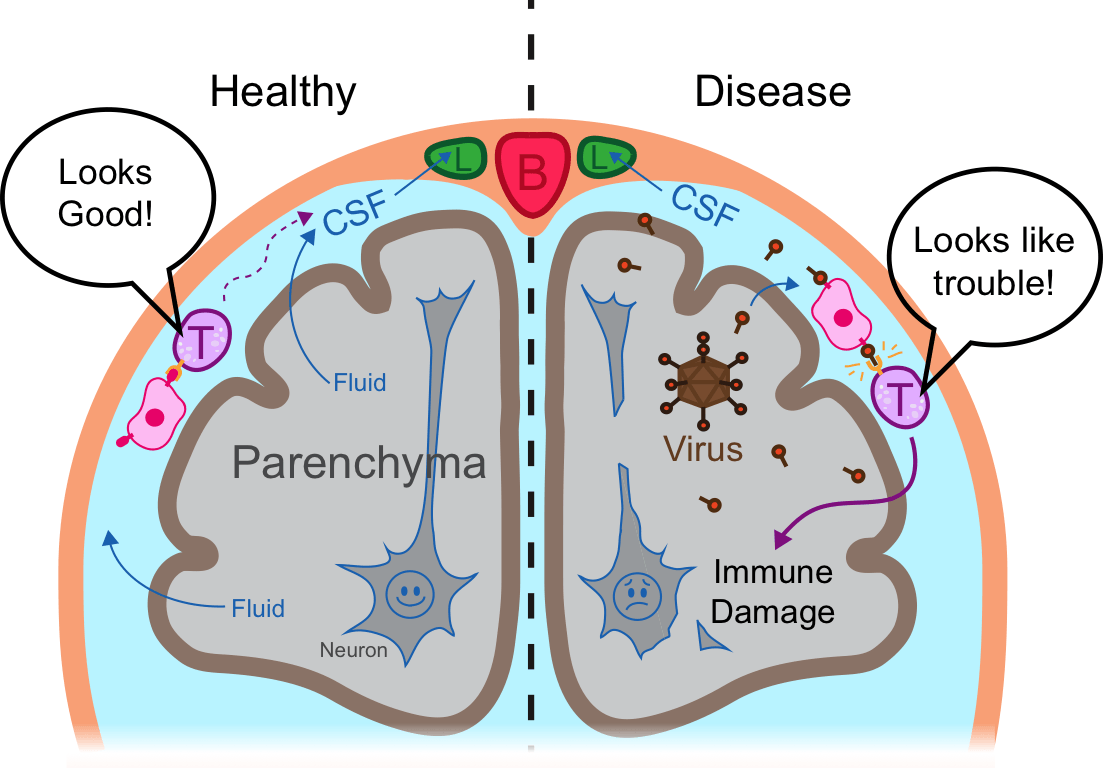 The study of human social behaviour may need to include another discipline, immunology. Until relatively recently, the brain and immune system were considered to work independently of each other. Groundbreaking research, has found an unexpected interaction between social behavior and the immune system. The immune system not only affects, but also controls our behaviour, such as the need to interreact with others socially.

The brain has long been thought of as a stand-alone organ in the body connected by the spinal cord to the rest of us. It is protected by a blood-brain barrier that selectively separates the blood from the brain. The brain was considered “immune-privileged”, meaning that it does not elicit an inflammatory response. All of this is changing, the medical textbooks need to be rewritten and decades of medical thinking will need to change.

As often happens in science, reality is far more complex than we would like to believe.

These same researchers at the University of Virginia, have discovered how a molecule secreted by the immune system, interferon gamma, has direct and profound effects on social behavior in mice. Interferon-gamma is secreted by T-cells (a type of white cell) into the brain. Once in the brain it inhibits neurons in the prefrontal cortex, preventing them from becoming overactive. In this current study, the researchers blocked interferon-gamma from taking effect in mice brains. This genetic modification caused hyperactivity in the brains of the animals. They became significantly less social. Once the molecule was reintroduced, brain connectivity returned to normal levels, and social interaction resumed.

So, the question is why would more brain activity make an animal less social?

Vladimir Litvak, a professor at the University of Massachusetts Medical School, and an author on the study explained it this way, “I like the example of traffic. Too much traffic actually causes the stop of traffic. The system is unable to process all these signals.”

Therefore, a hyperactive brain, triggered by a blocked immune system, may lead to less-social behavior.

And why is an immune related molecule important to social interaction and behaviour?

We already know that immune system dysfunction is linked to several diseases that involve social dysfunction, including dementia, schizophrenia, and autism spectrum disorder. We also know that permanent stress may affect immune cells in the brain, leading to mental disorders.

The researchers speculated as to why a molecule, interferon-gamma, that is normally activated when a virus, bacteria or parasite is detected, is so important for social interaction. Additional research by this group found that the effect of interferon-gamma was not due to motor defects or increased anxiety. Interferon-gamma seems to specifically affect the desire to spend time with others.

Could the relationship between humans and pathogens directly have affected the development of our social behaviour?  It is essential for an animal to be social for the survival of the species. It’s important for foraging, sexual reproduction, gathering, hunting and so forth. However, when animals come together, you have a higher risk of spreading an infection or pathogens. So our immune system may have developed to protect us from potential diseases that accompany any social interaction. Therefore interferon-gamma in evolution may have been used to boost social interaction, as well as helping to protect us from pathogens.

The researchers speculate that a malfunctioning immune system may be responsible for “social deficits in numerous neurological and psychiatric disorders.” But exactly what this might mean for autism and other specific conditions requires further investigation.

The interaction of the immune system is complex and it is unlikely that a single molecule is responsible for a disease or a disorder. Science has taught us that the cause and the “cure” is likely to be much more complex.