This year seems to be yet another bad season for colds and flu. More people seem to be reporting that they have been hit with a viral infection and are struggling to recover. The bad news is that we still haven’t reached the peak of the influenza season. We all have our trusted remedies to take when we get a viral illness. There are some other effective remedies that you may want to consider.

Heading into August and September, we see a seasonal peak in respiratory illnesses. Epidemiological reports show that in New South Wales the incidence of respiratory illness during winter has undergone a 3-fold increase (see graph above) over the past four years, with a remarkable spike in the number of reported cases in 2014 and 2015.

Acute respiratory infections are extremely common and are often not successfully treated using antibiotics, meaning that the best defense is a healthy immune system, as well as a strategy to minimise the severity and duration of cold and flu symptoms. Last year, the incidence of reported influenza, pneumonia and acute respiratory illness more than doubled compared to 2014. With the high flu-risk period fast approaching, investing in some immune support supplements is a wise choice.

Some of the trusted supplements we have used over the years include:

The prophylactic use of ascorbic acid can reduce the incidence, duration and severity of the common cold. 500mg doses taken every 3 to 4 hours over a day should be sufficient. 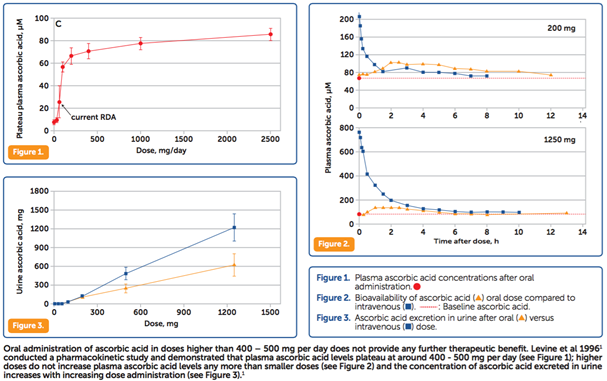 Zinc is a critical nutrient for immune function due to its role in supporting a range of immune reactions. Zinc is a vital component of many proteins, over 300 enzymes; and is regarded as a key nutrient in the support of the immune system. Zinc together with ascorbic acid is shown to produce additive effects in supporting immune function; and together have shown to be effective in reducing the severity and/or duration of the common cold.

Some other supplements to consider include:

Vitamin D insufficiency is surprisingly common in sunny Australia, particularly in winter. In much of Australia the sun is too weak during winter, therefore even if you are outdoors a lot, you could still be low in vitamin D. A vitamin D supplement may be your best option for keeping your immune system strong. Studies conducted on healthy adults have found that those with lower levels of vitamin D were twice as likely to get the flu, compared to people with high levels of vitamin D. Optimal levels of vitamin D is now considered to be 100 nmol/L or above. Individuals with lower blood vitamin D levels are more susceptible to getting sick, and tend to have a more severe infection. Next time you have a blood test, make sure your doctor includes vitamin D. Many people are surprised to find how low their vitamin D levels actually are.

Glutathione is essential for optimal immune function. Glutathione is critical for the physiological role of ascorbic acid in white blood cell (WBC) anti-microbial activity. As a result of the recycling of ascorbic acid, the internal concentration of ascorbic acid within the WBC increases 10-fold, in which it functions to quench oxidants generated during phagocytosis of unwanted pathogens, like viruses.

Manuka honey has been used as a traditional anti-microbial therapy for the treatment of infection. Honey has well documented anti-bacterial activity, together with anti-viral and anti-fungal properties. The anti-inflammatory effects of Manuka honey are effective in assisting the recovery from the common cold; as well as treating symptoms of upper-respiratory tract infections.

The gastrointestinal commensal microbiota significantly influences the immune system in humans. A Cochrane Review published in 2011 examined clinical studies assessing live microorganism intervention in cold and flu treatment, and found that probiotic bacteria including various Lactobacillus and Bifidobacterium species were effective in reducing the symptoms of acute upper respiratory tract infections. Research has shown that consumption of probiotics containing both Lactobacillus paracasei and Bifidobacterium lactis increases the antigen-specific immune response (IgG and sIgA) of patients to various viruses, further supporting their immune modulatory effects. In a 2014 systematic review it was determined that the use of probiotics in children is effective in diminishing the incidence and the severity of the symptoms of upper respiratory tract infections.

Arabinogalactans are highly branched, water-soluble polysaccharides that are found in a wide variety of plants. Arabinogalactans specifically from the Larch tree are an excellent dietary fiber supplement, which is capable of increasing the commensal microbiota in the gut. Larch arabinogalactan has been shown to be effective against infection to the common cold virus. A number of human clinical studies using a proprietary arabinogalactan extract [ResistAid] from Larch (Larix laricina) have demonstrated arabinogalactan’s immunomodulatory activity, including a study which demonstrated a daily dose of 4.5 g significantly increased IgG antibody response of healthy volunteers to the pneumococcal vaccine when compared to placebo. In a more recent study it was demonstrated that arabinogalactan at a dose of 1.5 g daily significantly increased the IgG antibody response to tetanus vaccine compared to placebo. Larch arabinogalactans have also been shown to decrease the incidence of upper respiratory tract infections.

The scientific evidence supporting these immune-modulatory nutrients and probiotics provides a plausible therapeutic application for prophylactic and symptomatic treatment of upper respiratory tract infections in both children and adults.