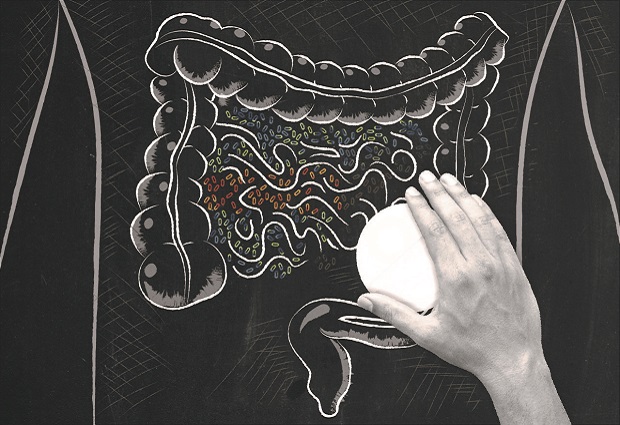 A new study has found that more than 200 human-targeted, non-antibiotic drugs inhibit the growth of bacterial species that make up part of the human microbiome. A number of drugs used in children, like antipsychotic drugs, are on the list of drugs that they found to be capable of changing the gut microbiome. Should we be concerned?

The human gut contains a large number of species of bacteria, collectively referred to as the gut microbiome. In the last decade, it has become clear that the composition of the gut microbiome affects human health, including mental health. It is well-known that antibiotics have a large impact on this microbiome.

The study reported in Nature, screened almost 1,200 marketed drugs against 40 representative gut bacterial strains, and found that 24% of the drugs with human targets, including members of all therapeutic drug classes, inhibited the growth of at least one gut bacterial strain.

Of the drugs in the study, 156 were antibacterials (144 antibiotics and 12 antiseptics).

A further 835, such as painkillers and blood-pressure pills, that are not intended to harm bacteria, of those almost a quarter (203) did affect gut bacteria.

Of concern is that particular classes, such as the chemically diverse antipsychotics, were overrepresented in this group.

This paper is the first to systematically profile direct interactions between marketed drugs and individual gut bacteria. The study also highlights the previously unnoticed risk that consumption of non-antibiotic drugs may promote antibiotic resistance, as the general resistance mechanisms of microbes to human-targeted drugs and to antibiotics seem to largely overlap.

“This is scary,” says Nassos Typas one of the study authors, “considering that we take many non-antibiotic drugs in our life, often for long periods.

Kiran Patil one of the other study authors adds: “This is just the beginning. We don’t know yet how most of these drugs target microbes, how these effects manifest in the human host, and what the clinical outcomes are.”

In conclusion, their work suggests that bacteria often use similar mechanisms to evade all classes of drug. These can be spread by the bacterial habit of trading DNA with other members of the bacterial domain. This means the gut bacteria of patients consuming (say) painkillers or proton-pump inhibitors might evolve a resistance that they then can pass on to a pathogen that subsequently infects the body.

And while we touched on antipsychotics in the above study, leads us to another study.

Antipsychotic use in Autism Spectrum Children

The study also found some surprising associations between antipsychotic use and seizures, respiratory infections and self-injury.

“Is this how we want to be using certain medications?” asks lead researcher Sinead Brophy, professor of public health informatics at Swansea University in Wales, the U.K. “Should the use of antipsychotics be audited more so they are more short-term than long-term?”

A study last year suggested that about 20 percent of children with autism in the U.S. are prescribed antipsychotics.

Patients with severe mental disorders are more likely to have altered thyroid function, which may in part be linked to the use of commonly prescribed antipsychotic agents, new research suggests.

Moreover, the findings indicated that the use of antipsychotics, in particular, olanzapine (Zyprexa) and quetiapine (Seroquel), was associated with significantly lower plasma levels of free thyroxin (fT4).